Top 10 Things I Missed About California

During the first year I moved to Australia,  I started thinking about what I missed from my life back in California.

My friends, my family, and my dog..obviously.

But what was missing from life that Australia could not fulfil?

I realized it was the little things. The little things you never think about until one day you are stuck on a long bus ride and would rather think of anything other than the smell coming from the person in front of you.

So here are some things I missed from living in California:

Dave & Buster’s is a bar/restaurant/gaming paradise!!  I spent half of my life religiously playing, eating and drinking at this funtastic place and ignorantly assumed it was all over the world. Unfortunately for me, there was nothing like it out there in Sydney.

Slot machines and gambling lounges were at every corner in the big S, so they took priority when it came to gaming and made me broke!  I wanted nothing more than to shoot some zombies or dinosaurs while sipping on a nice cold beer and high fiving the person next to me like a dork.

Billiards to skeeball to racing to Zombie killing…YOU NAME IT – and they looked at you like huh is that a type of pokie?????? (slot machine) 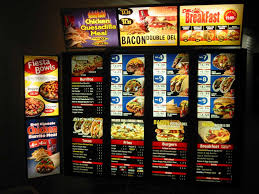 Now this one I knew was going to be an issue the second I left sweet California soil. Del Taco had quite the hold over me in my 20’s, especially at the 3am hour.  Some might even have called it my kryptonite or the reason I called in sick the next day.

There was nothing like it in Sydney. Most 3 am food consisted of kabob stands which were delicious… ohhh were they delicious, way better than Del Taco… but.. but …

They just were not Del Taco! (as I stomp my right foot like a 3-year-old)

Trader Joe’s is by far the best place IN DAAAA WORLD!!! Well after Dave & Busters, of course. I grew up shopping there with my mom to buy chocolate and other things probably but I only remember the important items.  I always dreamt that I would meet my future husband there between the organic chips and Thai curry aisle as I came straight from the gym but still looked hot.  (keyword “dreamt”)

Australia had a store called Thomas Dux which was similar (actually better) but pretty prettttty pricey.

I would have had to meet a rich husband FIRST to be even able to afford groceries there! So ultimately it really contradicted the “meeting the man of my dreams at the market”  scenario, right?

AND Celsius? Took me a few years but even then I wore a bikini in a blizzard!

Mexican food, good Mexican food in Australia was as rare as my ability to place a lid on anything correctly (very rare).  There were absolutely some amazing Mexican places in Sydney they were just hard to come by unlike California where you find them at every corner. But not only hard to find but more importantly…

THEY  DIDNT COME WITH FREE CHIPS AND SALSA!!! 🙁

I missed just STRAIGHT UP MEXICANS!! 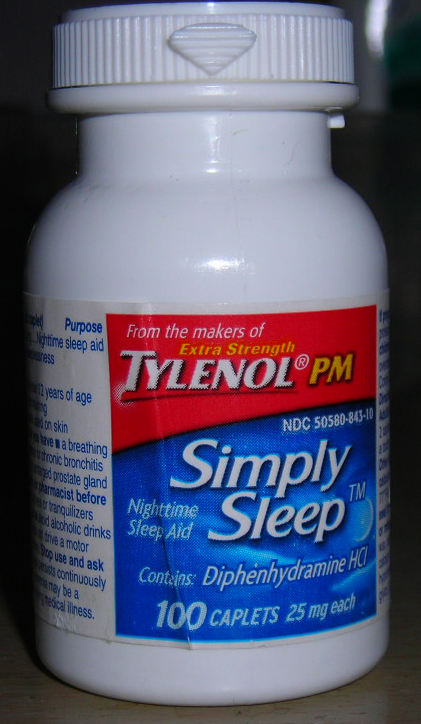 And no I am not referring to that gram of coke that would have tossed you back $300 or that bag of lettuce they told you was weed. I am talking about normal, over the counter pharmaceuticals! Xanex was basically illegal there. Which is just insane since in Orange Country they labelled it a food group.

But my struggle was with the “normal” drugs.  Over the counter like Tylenol PM to help with sleep. When I couldn’t get it at the pharmacy  I paid 50 bucks to see a doctor and do you know what he prescribed me? Benadryl!!

So unless I was having a sneeze attack in a fabulous field of daisies, the prescription was a bit useless, and obviously also something I could have bought at 711 in Cali.

Everyone knew this one was coming otherwise I am no Californian. No one moves out of California without thinking if their life would reallyyyy be worth living without the taste of In-N-Out. Delicious double-doubles with grilled onions, animal style fries and a chocolate shake. Nothing tastes quite like it and nothing hits the spot more when craving a burger.

Australia had plenty of bomb burger joints, many even better (shh)! But once again like Del Taco…  it just was not In-n-Out!

Okay, without thinking I am an alcoholic, just know, that unlimited mimosa brunches are a very very popular thing back in California.  It is the star feature of everyone’s, “Sunday Funday”. This involves waking up at 10 am, going to the local bar/pub and for 20 dollars getting all you can drink mimosas + meal and let the road of recovery from the night before begin! In the morning, nothing beats some delicious eggs benedict with a glass of champagne mixed with some fresh squeezed orange juice.

Once again since slot machines fueled much of the bars in Aussieland, they didn’t have room for games that wouldn’t produce as much money. This one will be foreign to many people, so just bear with me and hear me out before you think I am a freak! Naked Photo Hunt is a game, a quite popular game ( I think?) in which I have excelled at for many many years. It has not only been one of my best friends at any bar when I use to venture alone, but it also is the gateway to making many new friends. You have to pick out differences in the pictures and this is found at most bars in Cali.

Is the difference a nipple, perhaps the bangs, a heel, who knows???

You can only find out one nipple and one belly button at a time!

If I would have known ahead of time that the bacon in Australia was different than home, I would have made sure to smuggle some of that salty goodness in my bra! Though Australia has bacon, duh, they have pigs..it is a completely different slice of the oinker. It is much closer to ham or dare I say it… Candian bacon!

It didn’t even COMPARE to our fattie indulgence…
Or what most of the world refers to as America in a nutshell!

So that is pretty much the top random things I missed when living down under.

The irony of slightly revamping this post now that I have been back in America for a year is that embarrassingly… I still have not had In-N-Out- or Del Taco.  And I miss crappy Aussie Mexican food and everything else about Australia more than ever!!!!!

Check out this article I wrote so you understand how living in Australia was the best!

The welcoming speech from the pilot is always so informative 🤪😁😜 there is not one single flight I don’t have to bug someone around me to ask if what was just said was important lol #travel #flying #airplanes #pilots #pilotlife #thisisthecaptainspeaking #traveling #travelmemes #travelreels #traveljokes #travelhumor #humor
Typical conversation with my 5 year old that goes no where! #momlife #momhumor #dadlife #dadhumor #parenthood #parenthumor #parentingmemes #momreels #5yearsold #kids #mommy #dinnertonight #dinnertime #parentproblems #boymomlife #boymom
Young love, innocence and learning body parts hah #momlife #momhumor #dadhumor #dadlife #parenting #parentingtips #parentingmemes #momvibes #momreels #parentlife #kidsofinstagram #mommyhood #dancing #love #kidlove
Same mess every day in his room. His excuse is that it takes him hours to build it all.. he doesn’t have time or energy to pick it all… 5 year old are fun 🤪🤪 #kids #momlife #momsofinstagram #dadlife #parenting #parentingtips #parenthood_moments #cleaningmotivation #playrooms #momhumor #dadhumour #dadhumor
Fun conversations with my 5 year old. Why he is crying and arguing that it is not an eraser- I have no idea!!! #momlife #momsofinstagram #5years #tantrums #scarymommy #dadlife #dadhumor #parenting #parenthood_moments #parentproblems #parentingtips #humorreels #lol #parenthood
If he never ends the story he never has to go to bed. I believe this is his strategy hah #bedtime #bedtimefun #bedtimeroutine #bedtimestory #boymom #momlife #momhumor #dadhumor #dadlife #parenthood #parenting #5yearsold #lolreels #momsofinstagram