The Story of the Pistachio: Chapter 2 – Dating an English Man in Australia

After I moved to Australia, and soon after I began my pistachio story, I began dating an English man that was actually worth writing about.

This is his story. 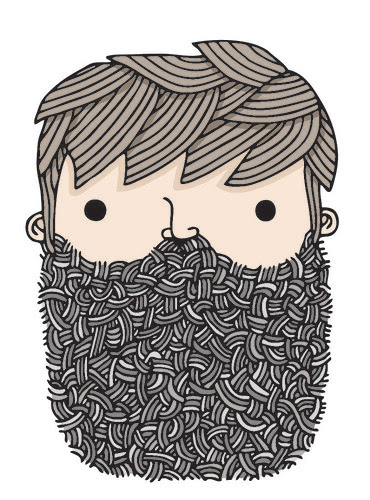 His pictures were okay, his profile was okay..everything was just a bit vanilla when compared to my usual pickings. Even without that Double Dutch Chocolate factor to his profile, I knew there had to be something there by the number of times I have contemplated messaging him.

Subsequent to my initial message, we began chatting back and forth for weeks, each chat getting a bit deeper and deeper building interest.  Weeding out that he wasn’t crazy or a douchebag, uncovering many similar interests and confirming there might actually be some potential.

I was at a bar with girlfriends, waiting for his arrival when I received a text.  He had text to give me a heads up that he now had a beard and to be on the lookout for a “bearded man.”……………… A bearded man???

Right away, I naturally began to freak out due to my huge dislike of beards, and almost grabbed my bill and like a prom dress, quickly took off. With my friends there to remind me how ridiculous I was sounded, I was able to advise myself, “Michelle DONT do your normal routine, DONT pull your normal shit.. keep an open mind, you love English men and  it’s just a stupid beard.”

Luckily when he walked in, the burly timberman I had just irrationally pictured in my head was not the case, and I could start to refocus on why I wanted to meet him and not on the beard bomb that had just been dropped.

I was very pleased with my decision to stay, as the night ended up turning out to be really wonderful.  For the first time in a long time, I actually enjoyed a man’s company for more than 10 minutes and I even had the desire to see the English fella again; practically unheard of in Michelle-land.

One amazing time then led to another amazing time, until it came time for me to leave for a holiday back home. During my two weeks away, we spent that time really getting to know each other and developing, what felt like somewhat the start of a relationship,

During the weeks of living together, everything was wonderful. I felt comfortable there, I felt comfortable with him and with the decision I had made in staying there. My fears of losing interest or getting annoyed were proven to be wasted thoughts, as what I actually experienced was the exact opposite.

There was a defining moment, where I pinpointed exactly when I realized I had lowered my shell and let him in and I don’t think there was any going back after that.

At that moment I felt..well, I wasn’t sure exactly what I felt because it’s been so long since I have felt anything like this. Pain? Sure. Indignant? Oh yeah. Like an Idiot? Huge one.

Being a genuinely nice guy, he took time to explain to me his situation and make sure I understood what had gone wrong between us. Though he didn’t exactly “kicked me out”,  he definitely didn’t make it comfortable for me to still stay there. I tried for days to get out of the painful living situation, but with the Sydney storm and bad timing, I was miserably stuck. Stuck there laying alone in his bed while he was out…trying to act like I was okay, while secretly hiding the tears streaming down my face and on to his pillow.

Regardless of the unsuccessful relationship, I am able to leave the situation in a very good place.  A place where now, I know I can actually truly care for a guy when I was convinced I was forever broken.  Old Michelle would have never given this guy a chance, probably for stupid reasons..maybe a beard, or the vanilla profile. But I was able to get over that stupid closed shell nonsense and fall for this English man.  A man who I found captivating while reminding me of all the great adventures I have been missing out on by living with a closed shell.

The welcoming speech from the pilot is always so informative 🤪😁😜 there is not one single flight I don’t have to bug someone around me to ask if what was just said was important lol #travel #flying #airplanes #pilots #pilotlife #thisisthecaptainspeaking #traveling #travelmemes #travelreels #traveljokes #travelhumor #humor
Typical conversation with my 5 year old that goes no where! #momlife #momhumor #dadlife #dadhumor #parenthood #parenthumor #parentingmemes #momreels #5yearsold #kids #mommy #dinnertonight #dinnertime #parentproblems #boymomlife #boymom
Young love, innocence and learning body parts hah #momlife #momhumor #dadhumor #dadlife #parenting #parentingtips #parentingmemes #momvibes #momreels #parentlife #kidsofinstagram #mommyhood #dancing #love #kidlove
Same mess every day in his room. His excuse is that it takes him hours to build it all.. he doesn’t have time or energy to pick it all… 5 year old are fun 🤪🤪 #kids #momlife #momsofinstagram #dadlife #parenting #parentingtips #parenthood_moments #cleaningmotivation #playrooms #momhumor #dadhumour #dadhumor
Fun conversations with my 5 year old. Why he is crying and arguing that it is not an eraser- I have no idea!!! #momlife #momsofinstagram #5years #tantrums #scarymommy #dadlife #dadhumor #parenting #parenthood_moments #parentproblems #parentingtips #humorreels #lol #parenthood
If he never ends the story he never has to go to bed. I believe this is his strategy hah #bedtime #bedtimefun #bedtimeroutine #bedtimestory #boymom #momlife #momhumor #dadhumor #dadlife #parenthood #parenting #5yearsold #lolreels #momsofinstagram